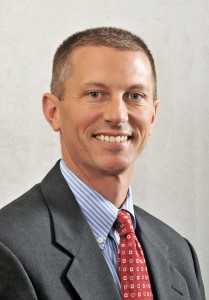 WESTFIELD – Patrick Berry, owner of the Westfield News Group, has sold The Westfield News and its associated publications to Reminder Publishing, a subsidiary of The Republican, which publishes three weekly newspapers and two monthly magazines, Go Local and Prime.

The sale unites two of the longest-serving newspaper companies in Western Massachusetts.  Both The Republican and The Westfield News date to 1824. The Republican was founded as a weekly in Springfield by Samuel Bowles and first published on Sept. 8, 1824 before becoming a daily newspaper 20 years later.

Berry, a Westfield native, bought the Westfield News Group in 2011, returning it to local ownership for the first time in more than 40 years.

“As many of you may know, it is very difficult for a stand-alone community news media to survive in the constantly changing news consumption environment. The joining of The Westfield News and Reminder Publishing ensures that Westfield, Southwick and the nearby hilltowns, along with Longmeadow and Enfield, will continue to receive the checks and balances of local journalism,” said Berry.

“Many media companies have created partnerships to control costs in order to continue the mission of providing quality journalism readers have come to expect,” Berry said.  “The Westfield News Group is no exception.  In 2011, we started printing our newspapers at The Republican in Springfield.  The sale to Reminder Publishing allows for additional synergies and reductions of operational costs enabling a sustainable local news media model.”

“Our staff at Reminder Publishing is passionate about local news, in all our communities and our neighborhoods. We look forward to joining the talented team at the Westfield News Group who feel the same way,” said Francis Smith, general manager of Reminders Publishing and a Westfield resident.  “We expect The Pennysaver can grow to become a larger, free weekly newspaper which can serve as a vehicle for local pre-print advertisers,” Smith added.

George Arwady, publisher of The Republican, said, “We congratulate Patrick for his commitment to continue to provide residents of Westfield, Southwick and surrounding communities with quality local news coverage.  We’re also committed to keeping local news alive and well under Reminder Publishing management.”

“The resources Reminders Publishing and The Republican bring to this partnership are significantly more than I could ever provide as an independent owner, and I foresee the next iteration of The Westfield News to improve upon the changes I implemented during my ownership,” Berry said.

Added Berry, “My heart and soul were devoted to The Westfield News Group for the last eight years and it has been and honor and privilege to be one of those daring people who have owned and managed a Westfield news source over the last 195 years. What makes this transition easier for me is knowing that the new owners are committed to maintaining and expanding the local content of The Westfield News, while increasing its circulation and bringing operational synergies that will help sustain its service to Westfield for years to come. I wish them the very best.”

View all posts by Chris Maza →